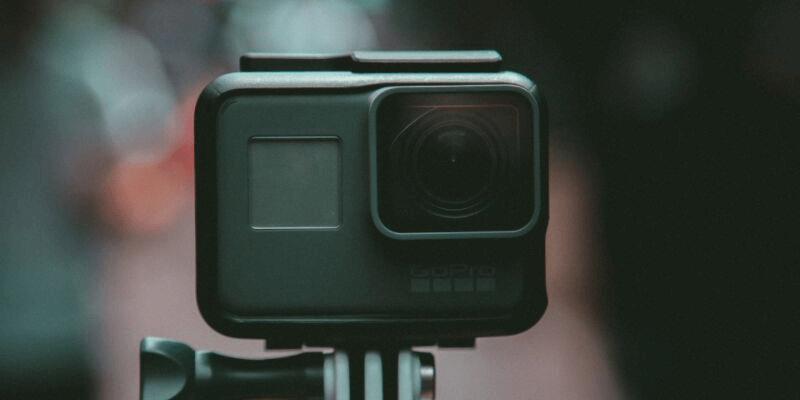 All of that excited energy to see how your action shots turned out deflates rather quickly when the GoPro won’t connect to your computer.

Often, it’s the first time you’ve plugged your GoPro in, but sometimes the issue pops up even when you’ve paired the two before. So, what then?

When your computer doesn’t recognize your GoPro, there could be a number of possible problems: it could be the GoPro, the computer, the USB cord or even the SD card.

Here are six things you can try.

1. Restart both the computer and GoPro

Sometimes, technology just needs a break. The first thing to try is to shut down your computer. While your computer is powering off, unplug the GoPro and turn that off too.

Leave the GoPro off, then plug the camera into the computer while both of them are off. Then, start your computer, with the GoPro off. Once the computer has powered up, turn your GoPro on if it doesn’t turn on automatically.

Cables are prone to wear and tear. If you haven’t updated your computer, GoPro or gotten a new SD card, there’s a good possibility that your USB cable has failed. If you have another camera or smartphone with the same USB plug, try using the same cable and seeing if the other device connects.

If that device connects, then there isn’t an issue with the cable. Or, if you have a USB wall plug converter, see if the USB will charge your GoPro plugged into the wall. If you determine that the USB cable is the issue, they are relatively inexpensive to replace. Check this one on Amazon.

Compatibility issues between the GoPro and the computer you happen to be using are often fixed with a firmware update.

If you updated your computer’s software recently, this is likely the reason why your GoPro won’t connect anymore. If you have a newer GoPro (3+ and later), you can update your firmware wirelessly with the GoPro app and these instructions.

If that’s not a possibility, you can update your camera manually without connecting to the computer by installing the update to a micro SD card and following the steps here. You will need a micro SD card reader.

If the GoPro connects without the SD card, retrieve your files using an SD card reader instead of plugging into the computer, then purchase a GoPro compatible memory card (Amazon). If the GoPro still doesn’t connect, the SD card likely isn’t the issue.

5. GoPro Won’t Connect On a Mac? Use Image Capture

The GoPro HERO4s have a known compatibility issue with older Macs. On a Mac, the newer GoPros won’t connect as a drive, so you can’t see them in a Finder window or on the desktop.

But, you can still connect. Instead of using the drag and drop method in Finder, use the Image Capture app (you can find Image Capture by typing it into the search bar at the top right).

You should see your GoPro connected on the lefthand side. Your GoPro should also still charge through your computer.

6. Use an SD card reader

If your GoPro still won’t connect to your computer, connect with an entirely different method. Remove the micro SD card from the camera and plug it directly into your computer.

You’ll likely need an SD card adapter to make your micro card fit in a full slot, but most micro SD cards are sold with one. Often, plugging the card directly into your computer results in faster transfer speeds anyways.

If your computer doesn’t even have a full-sized SD card slot, you can purchase an adapter (Amazon) that plugs into a USB port.

While simply plugging the SD card in will allow you to transfer your photos, you’ll need to charge your GoPro by using a USB power adapter in a wall plug if you can’t connect to your computer.

GoPro connection issues are frustrating, but there’s a number of ways to fix them. And when all else fails, simply use an SD card reader and wall charger.

Fix the issue? Give us a social media share if you did, or comment below if you are still having trouble connecting your GoPro.